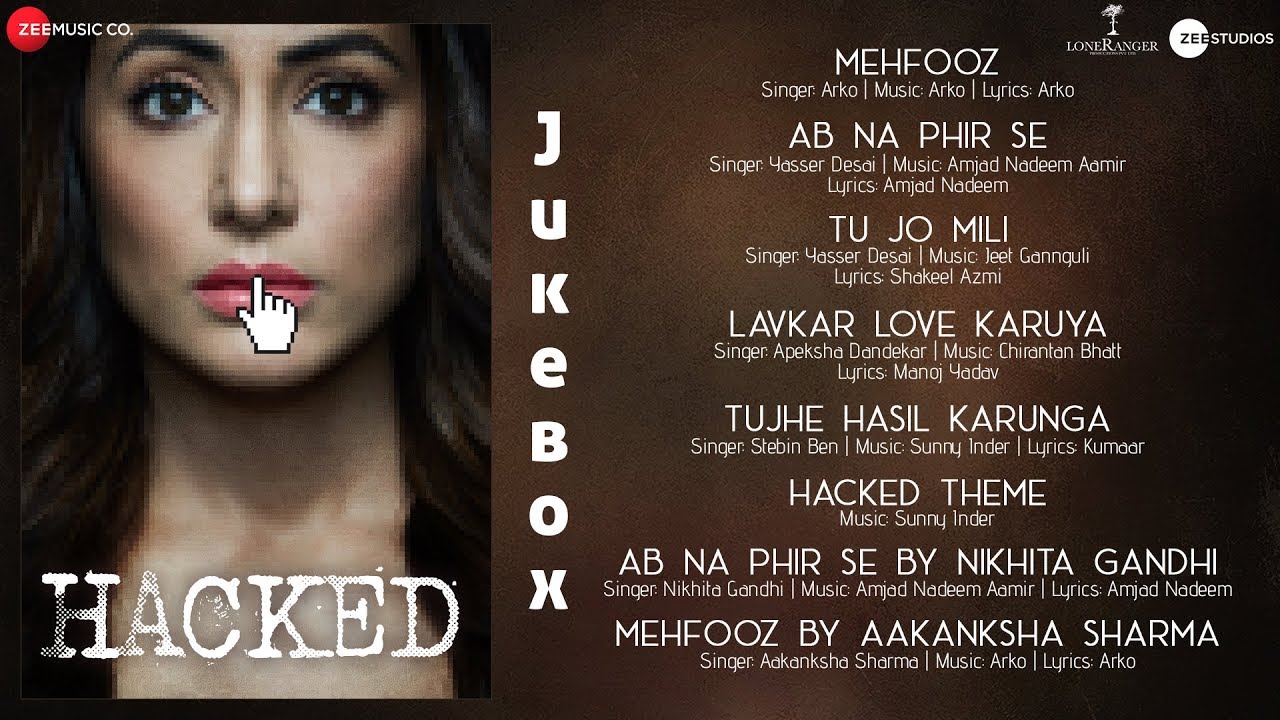 Hacked Theme Lyrics – Stebin Ben: Presenting the lyrics of the song “Hacked Theme” from the Movie Hacked sung by Stebin Ben. The music of this song is composed by Sunny Inder.

Hacked is an upcoming 2020 Indian Hindi-language thriller film directed by Vikram Bhatt and produced by Amar Thakkar and Krishna Bhatt under their banner Loneranger Productions. The film stars Hina Khan, Rohan Shah, Mohit Malhotra and Sid Makkar.
The story is mainly about a boy’s love for an older girl and how it turns into an obsession. The film was officially announced on 8 January 2020 by Vikram Bhatt with its first look poster released on social media. Principal photography commenced in August 2019. The film is scheduled for theatrical release in India on 7 February 2020